Easily reachable at he heart of Northern Italy

Bologna, capital of the Emilia-Romagna Region, is strategically located and serves as a natural crossroads for Italy and Europe with its motorways and railways 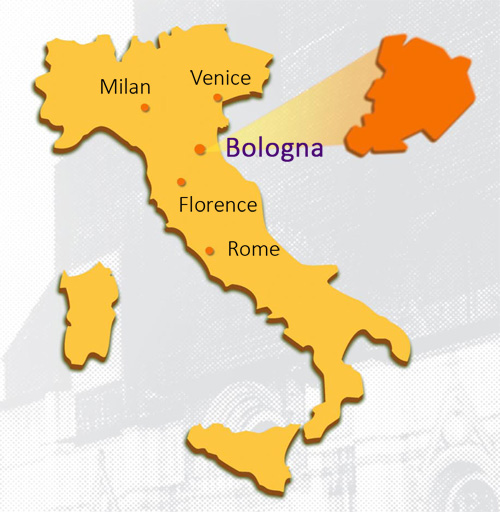 YOUR ARRIVAL IN BOLOGNA

Bologna airport is situated only 7 kilometres from the city centre (15-25 min depending on transportation mean).
Bologna train station and main bus station are located in the northern part of the city centre, just outside the city walls. It is really easy and quick to get to your final destination.

MEET & GREET ORGANISED BY THE SCHOOL: FROM THE AIRPORT OR THE MAIN STATION :

If you have booked an accommodation through the school, we can organise a taxi transfer for you.
We need to receive your full arrival details at least 10 days prior to your arrival (see price list for the cost). You will receive the full instructions a few days before your departure.
You will be welcomed by a school representative and then escorted to your chosen accommodation.

ARRIVING AT THE AIRPORT: SELF-TRAVEL FROM BOLOGNA AIRPORT TO THE CITY CENTER & MAIN STATION

Taxis: There is a taxi rank outside the arrivals building.
The cost of a taxi from the airport to the host family or the accommodation is approximately €22-25 to 30 depending on which part of the city you are travelling to.

One way Aerobus ticket from/to Airport: €6,00
Tickets can be purchased directly on the website or from the automatic vending machines located in the airport (and at the station).
We advise you to get off at “Stazione Centrale” (central railway station) where you can find many buses to travel to your final destination.
The ticket can also be used on all public transport in the Bologna urban area within its 75 minutes of validity, validating it each time you board.

Bologna, road junction of primary importance since Roman times, is today the center of a transport network of vital importance in Europe and Italy.

Here is a crossroads of the major motorways linking Europe with the south of Italy: the Autostrada del Sole (A1) Milan - Naples; the A13 to Ferrara, Padua, Venice and Trieste and the A14 towards the Adriatic coast (Rimini, Ravenna, Ancona,Bari).

Bologna is the main Italian railway junction. A high-speed line connects it to Florence (37 minutes) Milan (65 minutes) Rome (2 hours and 22 minutes). Venice and many other cities can be reached in less than an hour and a half.

Guglielmo Marconi International Airport (15 minutes from the town centre) links Bologna with the main Italian and European airports.
It is a major airport in Italy for a number of international destinations. 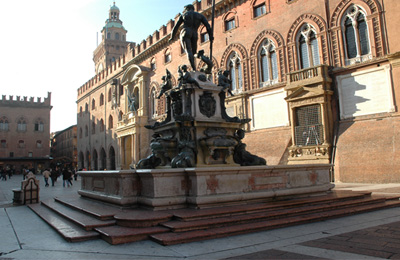 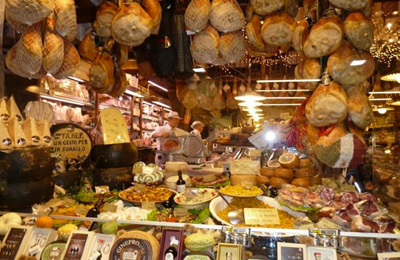 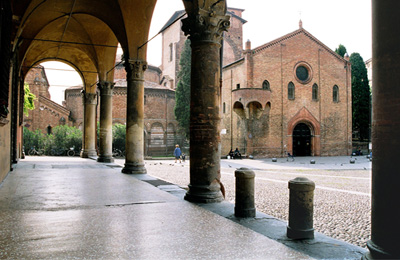